This month, we are excited to highlight, Corliss, a community member with a fantastic story!

Corliss is an Origin Active Lifestyle community member living at Swan Evergreen Village, where he has resided since July 2017. Corliss was born on June 3rd, 1930 on an 80-acre farm in Illinois. He grew up in Illinois, attending school and becoming ordained as a Pastor. Corliss enjoyed playing sports throughout his school years, especially basketball.

Corliss met his wife working at a bible camp in Wisconsin when he was about 22 years old. He was a helper at the camp – keeping busy with all kinds of jobs and she was a nurse at the camp. They got married in 1955 and moved to a small community in Alberta where they resided for a couple of years before moving to New Westminster, British Columbia. Together, Corliss and his wife had four sons.

Corliss continued his work as a Pastor, while his wife took care of their young sons. Corliss and his family moved back to Calgary in 1967 – Canada’s Centennial year! He took his family on a trip across Canada, and they made many trips back and forth from Canada to Illinois.

Corliss has eight grandchildren, five boys and three girls; the oldest is 31 and the youngest is now 18. His family lives mostly in New Westminster, Chestermere and Airdrie. Corliss is grateful for his family and is happy he is able to see them frequently.

Corliss enjoys reading, visiting with others, and watching sports. When asked about some of his life highlights, Corliss said that the summer when he met his wife at camp, the birth of all his children, and a memory he has taking a road trip to Seattle with his son to watch a Blue Jays game were among his favorites.

Corliss says he likes living at Origin; he enjoys the staff, food, programs and visiting with fellow community members and is glad to say that he has a few good friends here at Swan Evergreen Village. Corliss can be seen around the community socializing with co-community members and staff, or telling a joke while making others laugh.

Corliss is an out-going and positive spirit here at Swan Evergreen Village, and we are proud to share his story with our community members and guests! 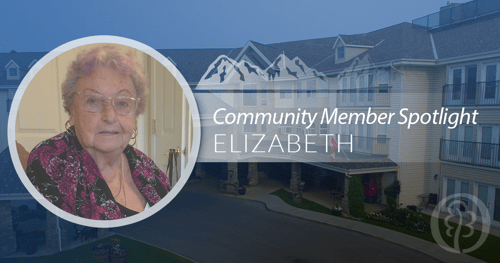